Lateral flow vs. PCR Covid-19 tests for your Business 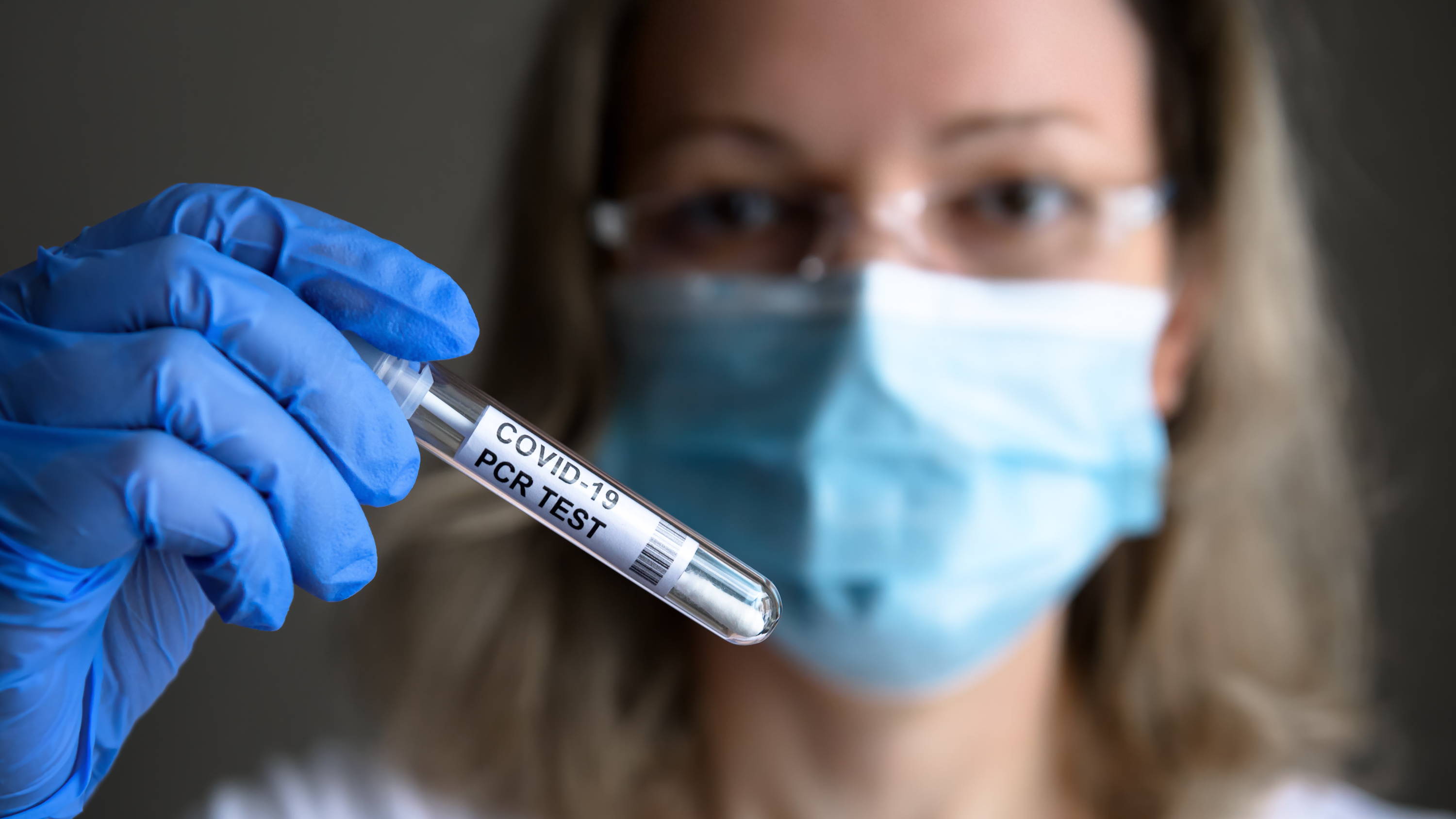 Lateral flow vs. PCR Covid-19 tests for your Business

With coronavirus cases showing no signs of significantly slowing and the emergence of new strains complicating efforts to contain the spread of Covid-19, testing remains a priority, both for people with symptoms, and those concerned about exposure to the virus.

But there is confusion about the different types of testing available, how effective they are and whether the results can be trusted.

With private Covid-19 tests for employees adding a substantial cost to businesses and frequent testing a crucial part of ensuring business continuity and safety in the population, it’s vital that people have access to reliable tests that work.

Of the options currently available, the lateral flow test ¬– which is being rolled out by the government for use in schools and care homes – has recently come under scrutiny.

In a co-authored piece published by the BMJ’s opinion website, health and research experts warn of significant potential risks in relying on lateral flow tests to help manage the spread of the virus, stating, ‘No one questions the need for evidence based approaches to Covid-19 treatments and vaccines. Why then is this principle ignored for testing?’

Why is there growing concern? And what is the difference between lateral flow testing and PCR, which is offered by the NHS, as well as private providers?

PCR testing is still considered the gold standard for sensitivity and specificity, the two measures scientists base the accuracy of testing on. Rapid access tests, such as lateral flow, compared against results of PCR testing are not considered to be as accurate. 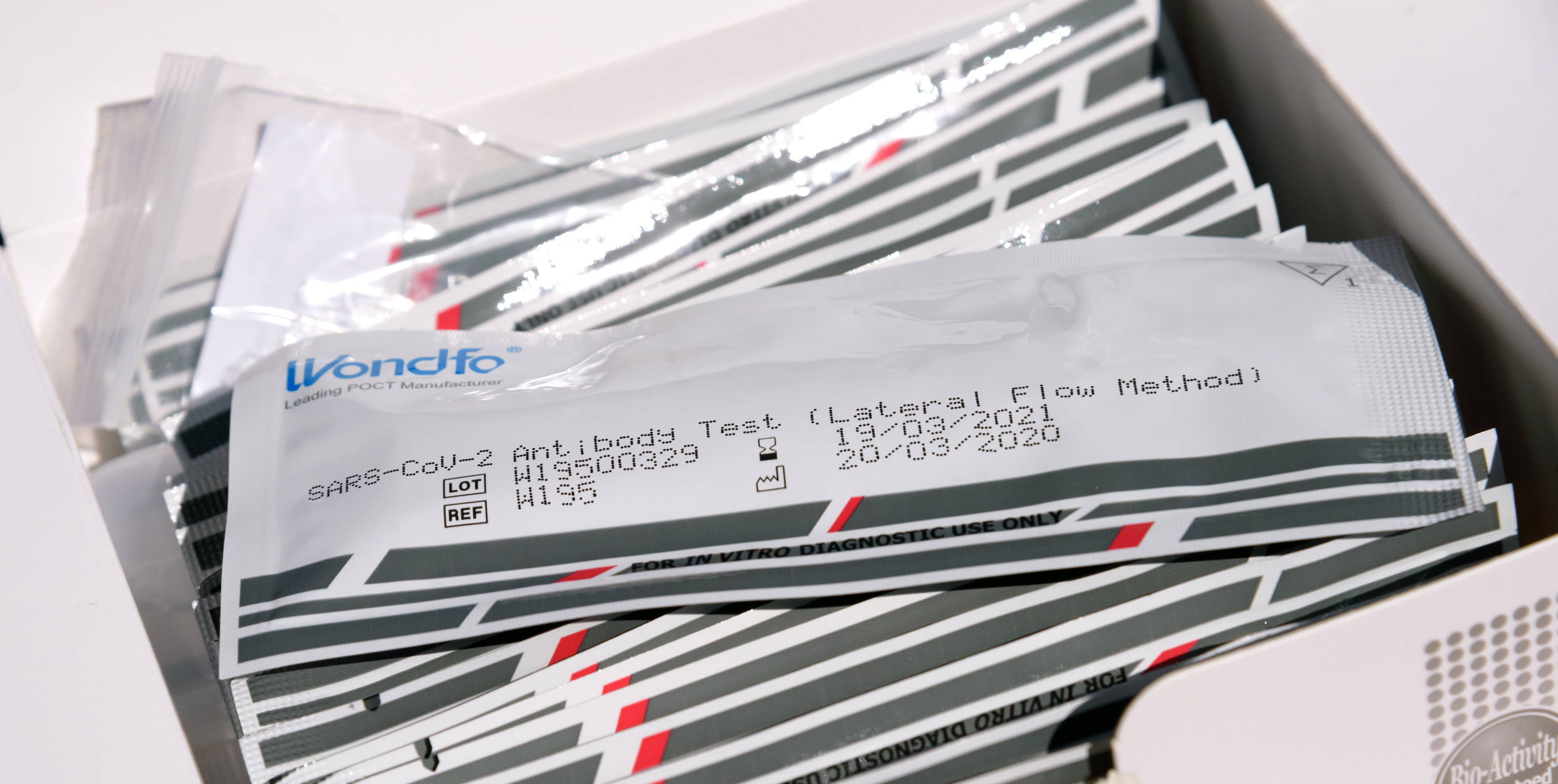 What is the difference between PCR and lateral flow tests?

Lateral flow tests are similar in appearance to home pregnancy testing kits. A swab is used to collect a sample from the nose and throat. This is then inserted into a tube of liquid for a set amount of time. Drops of the liquid are then added to a test strip which will show a result after 30 minutes.

Polymerase Chain Reaction (PRC) testing also involves collecting a sample from the nose and throat using a swab. This sample is then sent to a laboratory for testing, where the RNA is isolated and applied to other ingredients that recognise and bind to SARS-CoV-2. The following reaction, or lack thereof, is used to diagnose the presence of the virus. .

Are the lateral flow and PCR tests equally accurate?

In a word, no. Although the government is widening the roll out of lateral flow testing across schools and care homes, there isn’t yet the supporting evidence needed to determine that this type of testing is accurate.

According to the BMJ article, although the government claims that the lateral flow test detects 77% of cases, the data on which this is based comes from a arguably flawed study which involved symptomatic cases. Figures from the Liverpool pilot study show 60% of infected people without symptoms went undetected. In studies of testing on students in Birmingham, only 3% of those who would have tested positive using a PCR test were detected by the lateral flow test.

PCR testing is still considered the gold standard for sensitivity and specificity, the two measures scientists base the accuracy of testing on. Rapid access tests, such as lateral flow, compared against results of PCR testing are not considered to be as accurate.

Why is lateral flow testing being rolled out?

With such high numbers of covid cases circulating in the population, testing is needed on a huge scale in order to begin to reopen schools and businesses and return to a more normal way of living. But it’s not only the scale of testing, it’s the speed that makes this option attractive.

Because lateral flow testing produces a result in 30 minutes, it’s a much more preferable option when it comes to keeping the country moving. But unfortunately, it isn’t a silver bullet. While the results might be fast, they are a false economy if they’re not also accurate.

It has also been claimed that the government acquired mass stock of lateral flow tests near the beginning of the Covid-19 outbreak, when less was known about the accuracy of the test, and is looking to use up those supplies.

What are the risks of using lateral flow testing?

Lateral flow tests are an attractive option for mass testing because of the speed at which the results are available. Without the need to send samples off to a laboratory to be processed, the hope is that businesses and schools can begin to open up sooner and be able to keep a handle on new cases in the community.

While being able to test large volumes of people quickly and regularly, is desirable, the use of lateral flow testing for this purpose runs a higher margin of error.

False negative results happen for various reasons. The person taking the test may have a lower viral load or they might have had difficulties collecting the swab sample, reducing the chances of a true positive result. Additionally, the application of the sample to the testing strip adds further opportunity for the testing to produce a less accurate result, compared to a sample which is processed by a trained professional in a laboratory.

The government has championed the use of negative tests to enable visits to relatives in care homes, returning to work or staying in school and other social and sporting activities. But the risks remain high if the results don’t give the full picture and may lead to a false sense of security.

A reported case of a Covid-19 outbreak, caused when a symptomatic healthcare worker continued to work due to false reassurance from a negative lateral flow test, indicates the type of situation which could occur from inaccurate tests.

Additionally, with so much still unknown and unproven about the efficacy of lateral flow testing, there are concerns that false information is being circulated. It has been reported that letters have been sent to schools and parents stating that lateral flow tests are “as accurate in identifying a case as a PCR test.”

Lateral flow test results are not recognised by Test and Trace.

NHS Test and Trace is designed to automatically send out an alert to self-isolate and start contact tracing. But the system is only told to do this when infections are confirmed by PCR tests.

If more lateral flow tests are used in the population, over PCR testing, the efficacy of Test and Trace will be much lower.

What are the safest options for testing right now?

Currently, if you have symptoms of Covid-19 or have been exposed to someone who has the virus, you can get a free PCR test from the NHS. You can either order a home-to-laboratory kit or arrange to visit an approved testing centre.

If you do not have symptoms but are concerned that you have been exposed to the virus, the NHS recommends that you order a private covid-19 PCR test from the government list of approved providers.

Find out more about corporate PCR testing from Blue Horizon 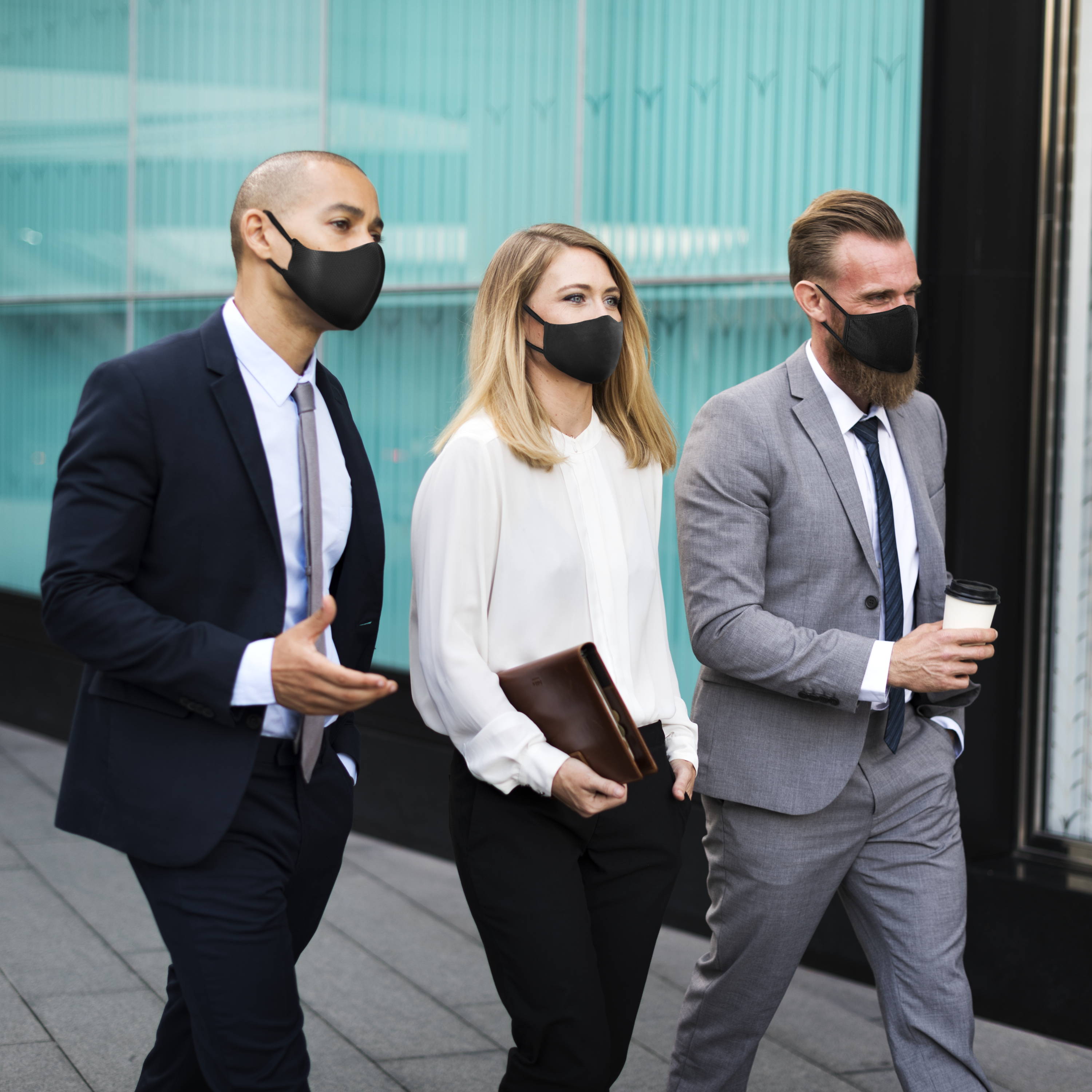 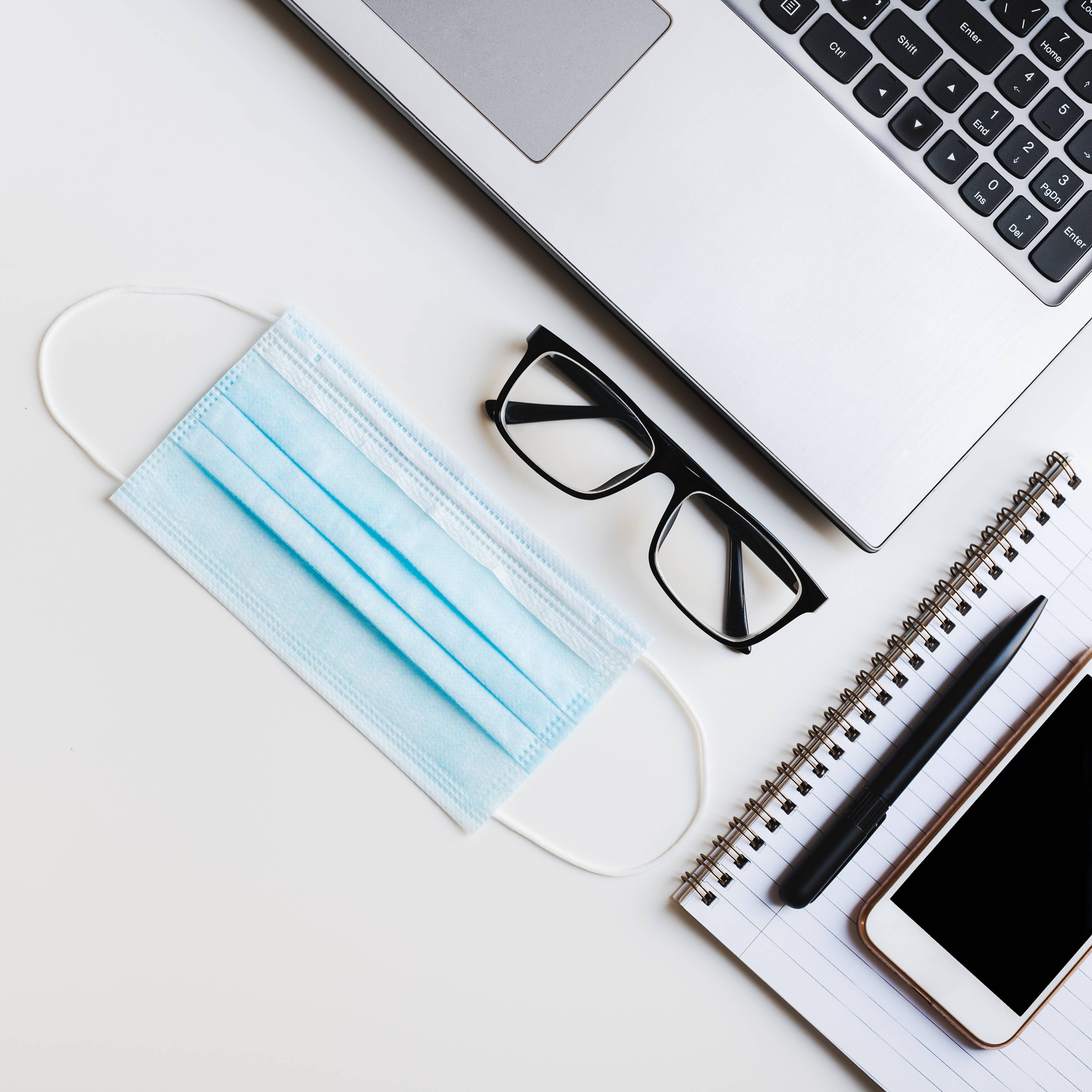 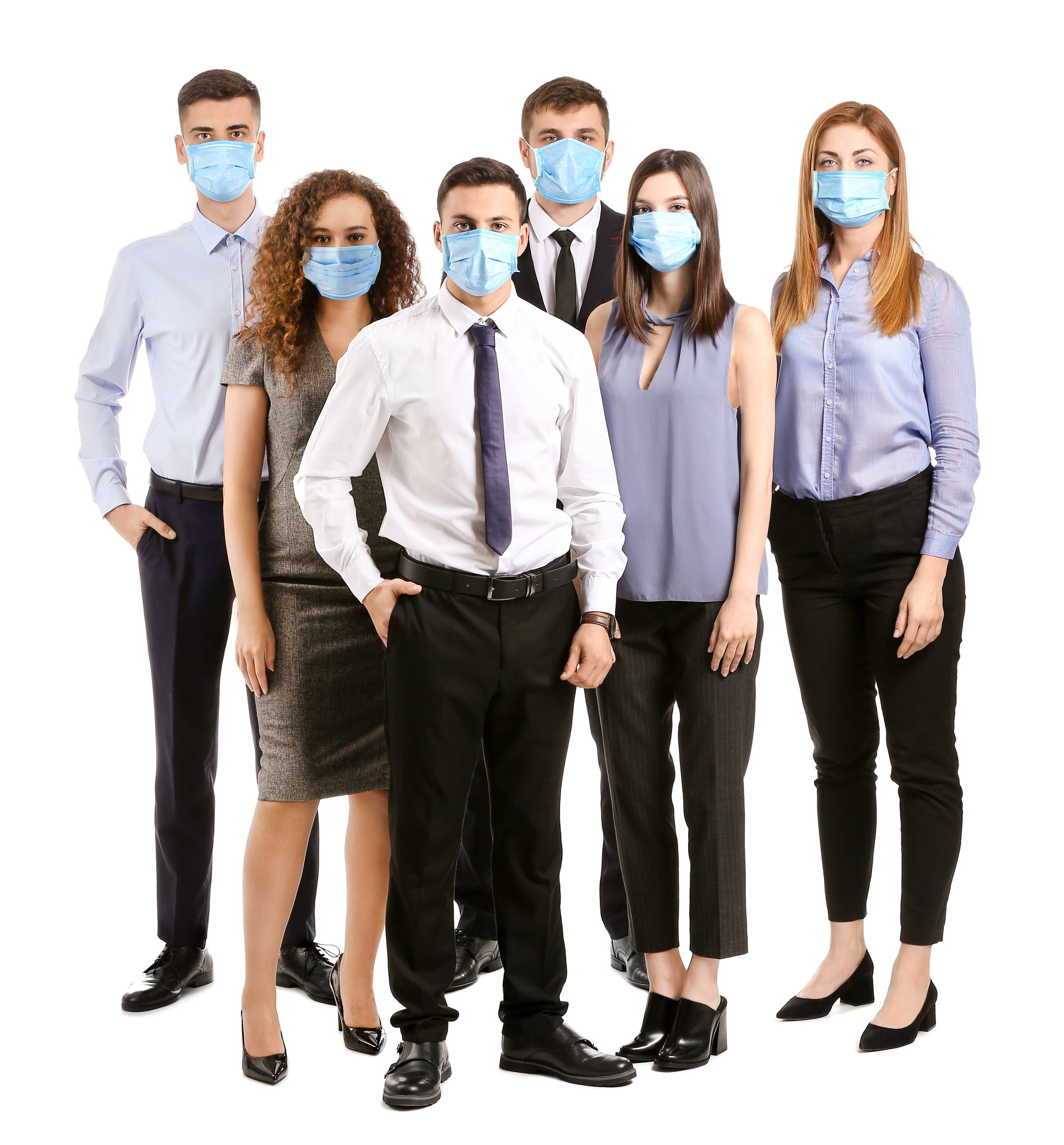 Contact our Rapid Response Team
Previous: Lessons employers can learn from the DVLA Covid-19 outbreak
Next: How do the new Coronavirus Strains affect businesses?

Can an employer require a covid test?

Lessons employers can learn from the DVLA Covid-19 outbreak

How do the new Coronavirus Strains affect businesses?